On August 15 the Center for Watershed Sciences released a UC Davis drought report titled “Economic Analysis of the 2016 California Drought on Agriculture.” The report was a follow-on to reports commissioned by the California Department of Food and Agriculture (CDFA) and released previously in 2014 and 2015. 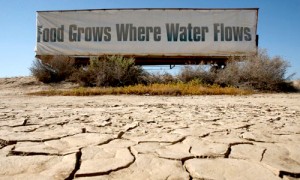 Of note in the 2016 report was a statement that approximately 77,000 acres were fallowed this year, which raised questions among many agricultural industry leaders who were aware of fallowing estimates in the range of several hundred thousand acres. CFWC checked with CDFA as well as with researchers at UC Davis to express concerns over the seemingly low fallowing estimates. That communication resulted in the production of an update clarifying the numbers reported in the August 15 report.

By September 30 according to the update, Central Valley land fallowing is expected to be approximately 370,000 acres, of which 77,000 acres can be attributed to the drought. The remaining 293,000 would be from other factors, including the regulatory restrictions that have delivered a 5 percent water supply to South of Delta CVP contractors and put tremendous pressure on other CVP and State Water Project contractors.

The update, released September 1 and titled, “Estimates of Irrigated Cropland Idled due to the 2016 California Drought: Clarifications and Supplemental Information,” discussed the differences between drought-related land fallowing and the much greater numbers of fallowed acreage due to other factors, including ESA-related regulatory restrictions on water supplies.

From the report: “… our estimates specifically and solely relate to what was caused by the lack of normal precipitation and other climatic events in 2016, building on conditions as we entered the 2016 production season. Crop rotation needs, market conditions, regulatory cutbacks to protect fish and habitat all affect land idling in addition to impacts of water scarcity due to drought.

Most fallowing caused by factors other than drought

It went on to say, “Pumping restrictions in the Delta to prevent reverse flows and operations of the San Luis Reservoir have also affected quantity and timing of water to agricultural users south of the Delta. The combination of these effects contributed to the additional fallowing on top of drought related fallowing. Thus a number of regulatory issues, not directly related to the drought of 2016, have contributed to idled land observed in the Central Valley in 2016.”

“A recent report by UC Davis dramatically understates the amount of California farm land taken out of production this year. Their study only measures the impact of the actual drought – not other factors.

“While roughly 77,000 acres remain idle due to the drought an additional 293,000 acres are fallowed due to rigid bureaucratic reliance on water management practices that we know for a fact have failed to produce their intended results.

“Most of California’s major reservoirs are relatively full this year, but the government agencies that control them stubbornly refuse to release much of that water to cities and farms. Instead, they insist on flushing it out to sea. Decades of this practice have completely failed to save the Delta smelt or winter run Chinook salmon. And yet, this year alone, California has flushed over 1 million acre-feet of water to the ocean, enough to provide 6 million domestic users with water for a year or grow almost 17 billion salads.

“We can survive the drought, but can we survive government agencies that stubbornly ignore good science and common sense?”