Laws are imperfect. They are written, passed and enforced on imperfect people by imperfect people. According to the internet should you detonate a nuclear device in Chico you’ll receive a $500 fine. Best not wear cowboy boots in Blythe unless you own at least two cows or you’ll be in violation of the law. And in Fresno, it’s illegal to sell permanent markers within the city limits. I don’t know about Chico or Blythe but I live near Fresno and know the ordinance was part of an effort to reduce graffiti. A worthy goal but unenforceable and ineffective. While Chico hasn’t had a nuclear explosion it’s doubtful the $500 fine has been the true deterrent. 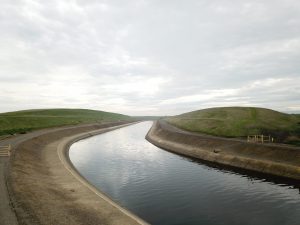 The State of California has had its share of strange laws; some of which apply to agriculture and labor. Thanks to past lawmakers, sheep herders must now be provided two, 15-minute breaks each day. Sheep are usually tended in remote locations without a Starbucks in sight. I suppose a shepherd could turn around and not face the flock twice. Bills written with the best of intentions often carry unintended consequences and that’s why there is an amendment process – to help winnow out as many faults as possible.

Senate Bill 1 is in need of amendments. It was introduced by Senator Toni Atkins, the senate pro tem of San Diego. SB 1 is a powerful bill by a powerful person in a powerful position in a state bent on resisting the current federal administration. The bill’s intent is to protect California from any changes of environmental protections by the federal government. While it doesn’t name President Trump it refers to “Beginning in 2017, a new presidential administration . . .” and directs state agencies to adopt as baseline standards the federal rules in effect on January 17, 2017 the last day President Obama was in office. The problem is the regulations governing how environmental matters are dealt with are best when informed by the best science and science doesn’t care who is or isn’t president.

If the state freezes its standard to January 17th of 2017 it misses out on new developments when trying to improve the environment. In this case the habitat in the Delta, that much talked about key to the water needs of every Californian south of Sacramento.

Based on older scientific information the State Water Resources Control Board thought the ecological health of the Delta would improve if the businesses, communities and people in the San Joaquin Valley who depend on water from tributary rivers of the San Joaquin River would use less water and send more through the Delta and out the Golden Gate into the Pacific Ocean. Former Governor Jerry Brown and then governor-elect Gavin Newsom wrote well publicized letters urging the State Board to instead enter into voluntary agreements with the people on the tributaries. The State Board declined and chose to flush water through the Delta. When Newsom took office there was a shakeup at the State Board which is made of governor appointees. As a result the Voluntary Agreements are now back on the table.

SB 1 could dismantle these agreements by sticking to the older opinions. For instance a few years ago it wasn’t known that the salmon populations were being decimated by non-native species introduced into the Delta as sport fish. Biologists now know 90 percent of juvenile salmon are eaten by striped bass and other non-native predators before they can even migrate through the Delta, let alone reach San Francisco Bay or the ocean. Turning off the water for the communities, farms and families of the San Joaquin Valley (and for that matter the Los Angeles Basin) may not be the best science when trying to save the Delta but you wouldn’t know that unless you continue to incorporate new data when making decisions.

Agriculture is the economic engine of the San Joaquin Valley. Chances are the food and fiber produced there has impacted your life. Most of the ag leaders were surprised by SB 1. Senator Atkins has been considered one of the most reasonable, thoughtful and knowledgeable people about ag in the capitol. And it’s not just the ag industry opposing SB 1. There is a diverse coalition of more than 60 organizations ranging from the California Chamber of Commerce to the African American Farmers of California urging changes to SB 1. There is hope an amended SB 1 doesn’t have so many unintended consequences. Otherwise it will be like the law that prohibits shooting whales from a moving vehicle while on California roads.

Don A. Wright is a freelance journalist from Clovis 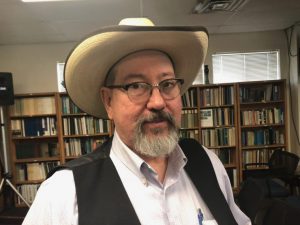 , California who covers irrigation water in the San Joaquin Valley. You can read his reports at www.WaterWrights.net